The lost church of Oosterweel

The former parish church of the lost polder village Oosterweel is the only still remaining building, the rest of the village disappeared in 1958. It had to make way for the expansion of the Antwerp harbor. The church is now standing in a 6-meter deep ditch because the reclaimed land around it has been made higher to make it easy to build the docks in this part of the harbor. Originally the church was standing at the lowest point of Belgium and at the time it was built it was at the coastline.

The Chapel of Oosterweel was already recognized as a parish in the 13th century; circa 1450 it was replaced by a three-aisled church which now only the tower still remains. The old ship of the church was destroyed and rebuilt several times. In 1712 it was replaced by the present ship and includes a northern sacristy. The southern sacristy constructed in 1852 was rebuilt in 1894. In 1898 the church was enlarged by a transverse construction.
The church is at the place where The Battle of Oosterweel took place on March 13, 1567. Some see the battle of Oosterweel as the historical start of the Eighty Years War. The Eighty Years War Rebellion was a war in the Netherlands that started in 1568 and ended in 1648, with an intermediate peace, the Twelve Year Truce, from 1609 to 1621. The war raged in one of the richest European regions, the Habsburg or Spanish Netherlands (now Belgium and Luxemburg), and was fought against the Spanish Empire under king Philip II, the sovereign of the Netherlands at that time. The church is visible on some engravings made about the battle. 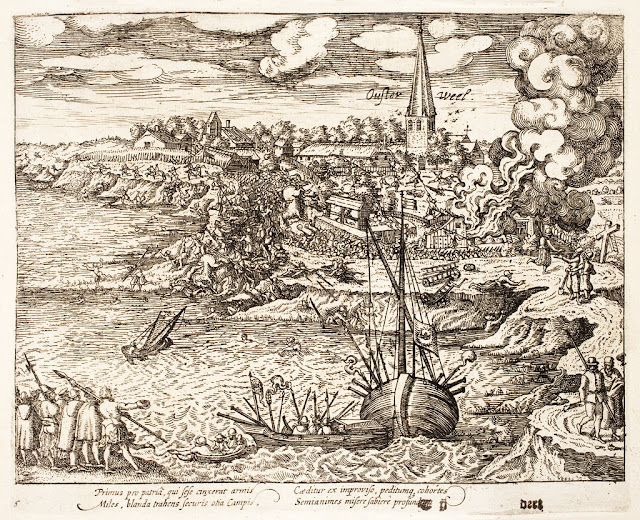 Today the church is standing all alone in the middle of the Port of Antwerp. A lost cultural and historical building waiting for its next destination. Aldo the church is completely restored and is registered as UNESCO world heritage, it's lost, together with the village of Oosterweel.
See the video here. You can find the church at this address: Oosterweelsteenweg, Antwerp.
Antwerp Churches