The Newspaper is invented in Belgium 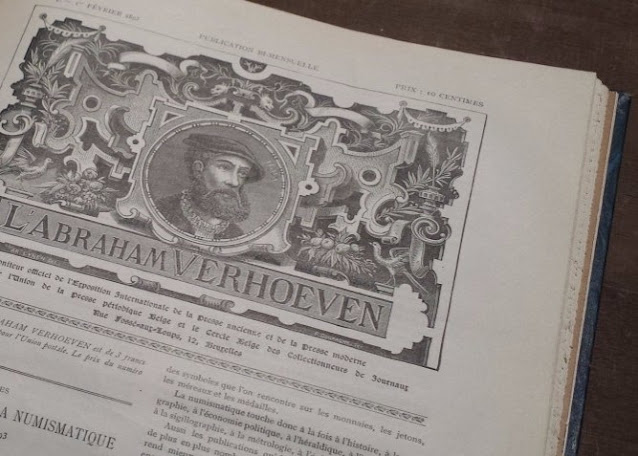 In 1605 he got his license to print news of military victories in woodblock or copperplate. Later he also produced illustrated news pamphlets. In 1620 he renewed his license in broader terms and began to print his news in booklets and as a series. The regularly printed news bulletin was the first newspaper in the Southern Netherlands.
It was also the first regularly illustrated newspaper, and the first news bulletin to print a headline on the front page. The newspaper had no consistent name but was widely known as the "Nieuwe Tijdinghen" (New Tidings), a retroactive designation given to it by historians and bibliographers. The British Library, however, catalogs it as the Antwerp Gazette. The publication of the Nieuwe Tijdinghen ceased in 1629 to be succeeded shortly after by the "Wekelijcke Tijdinghen" (Weekly Tidings), an unillustrated paper with a reduced format that was printed until 1632.
Verhoeven was an engraver by profession, So he often placed his own engravings in his newspaper, which made it look nicer and easier to sell. Originally, the magazine had two to three editions per month. But Verhoeven announced in edition number 1617, that his Gazette would appear with intervals of eight or nine days. 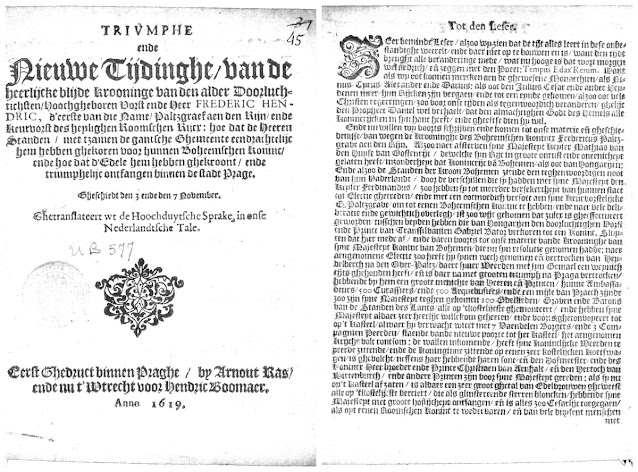 Verhoeven did not get rich with the production of his newspaper. He only asked two pennies for each edition, which was in no way enough to cover his costs. Therefore after a while, he could not pay his creditors. Verhoeven was summoned in court and convicted for not paying his debts. His press and possessions were seized and later his "Gazette" was sold to William Verdussen, another publisher in 1637. His newspaper stopped to exist shortly after.