Pairi Daiza is a zoo in Brugelette, near Cambron Casteau in the province of Hainaut, Belgium. On May 11, 1994, Paradisio opened its doors. The park grew very quickly from a bird paradise to a full zoo and in 2009 "Paradisio" changed its name to Pairi Daiza, meaning Closed Garden in Persian. It is the oldest name ever given by human civilization to the word "paradise".
What makes the zoo very special is that it's located on the site of the former abbey of Cambron which belonged to the Cistercian order. The park still houses many ruins that remind this abbey. Still, the remaining buildings of the abbey are the tower of the abbey church dating from 1774 and a monumental staircase of 1776. Both of them are now integrated into the zoo. 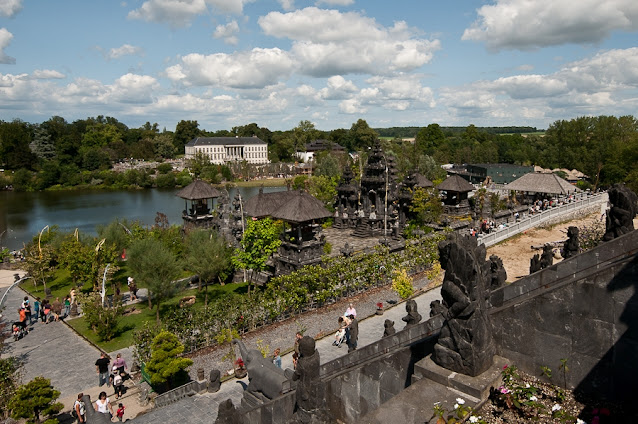 The zoo also has The Dream of Han Wu Di garden which opened in 2006, it is the largest Chinese garden in Europe. Sinds 2014 the garden houses two giant Chinese pandas named; Hao Hao and Xing Hui, They are part of a breeding programs to preserve and protect endangered species. In total Pairi Daiza now houses about 5000 animals and is the most visited zoo of Belgium. 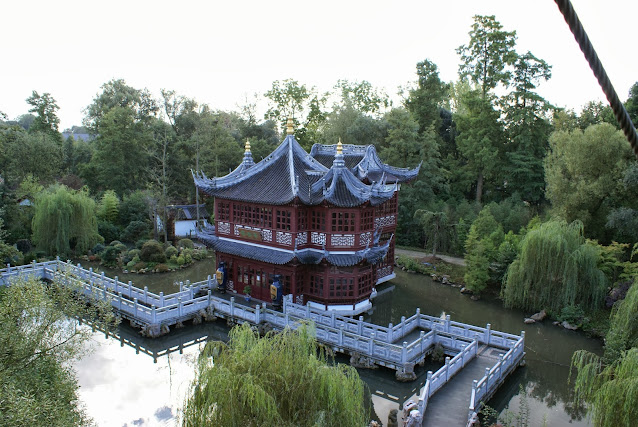