In the middle of a  forest near Chatillon, a little village in Southern Belgium there is a graveyard of abandoned rusty, mostly American cars. Some of them date all the way back to the forties in the middle of the second world war. 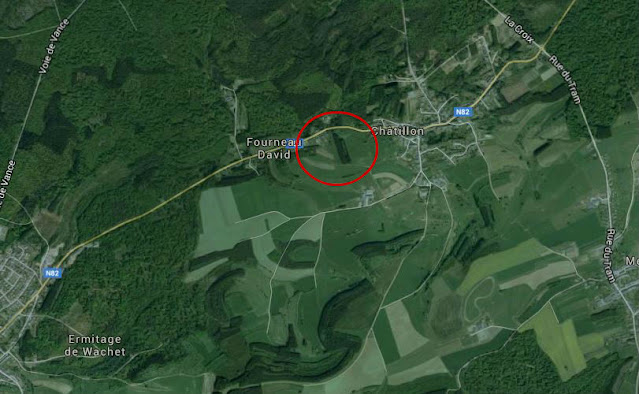 These cars once belonged to US soldiers who were stationed in this region. It’s not known how they managed to buy these cars in the middle of the war. When the war ended, all military troops were sent back to the US, but the cost of having all those cars shipped to the US was way too expensive. So they decided to leave all the cars in Belgium.
The cars were driven up a hill, one by one, parked and somehow hidden from the outside world. Later on, local people added their own old cars. Today some of the cars are still there, making the location a spooky graveyard of old rusty cars. At one point there was not one but four car graveyards around the village of Chatillon with as many as 500 vehicles. The ones that remain today are only a fraction of the original amount of cars, most parts. A lot of cars and their parts were stolen by the locals and international car collectors. 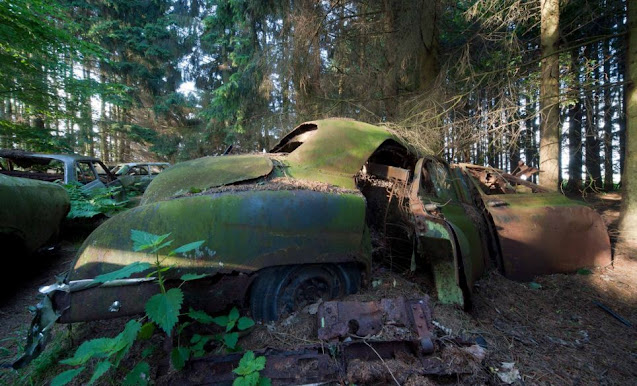 It is fascinating to see how nature is trying to absorb the rest of the cars and make them part of the landscape. Over time, corrosion and decay have worn down the vehicles making it a unique location for photographers and moviemakers. In 2009 most of the cars were taken away in an attempt to clean the place up.  In 2014 the location was used for a Belgian horror movie "Welp", about a group of people getting lost in the woods and getting killed by a serial killer and his son who lived under the car graveyard.
Typically Belgian