The Cloth Hall Of Ypres

In the 13th century as an example of its power and wealth, the city of Ypres built its first public buildings in stone. The Ypres cloth hall and the belfry were some of the most impressive civil buildings in Europe at that time. The construction work started around 1200. At first, the belfry was built and finished in 1230. Then followed the halls that served as a covered market. The buildings were completed in 1304. The cloth hall complex is 132 meters long south side, with a built area of ​​approximately 2,500 square meters, and includes 48 doors. 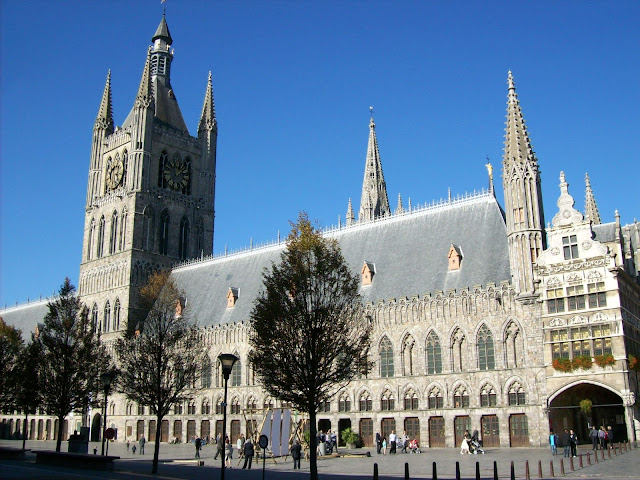 The Cloth Hall served as a covered sales and storage place for sheets of cloth that later were transported by the small river next to it. The Ieperlee river is now covered and vaulted under the city. During the First World War, the building was completely destroyed by bombings of the German army, only a piece of the tower and a few walls survived. After the war, the hall and the Belfry were rebuilt exactly as they were before, using almost all the same materials. 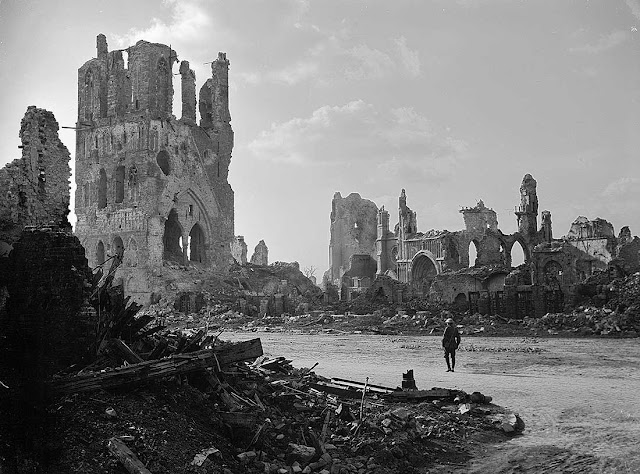 The belfry which stands out above the Cloth Hall has a carillon consisting of 49 bells. In 1999 the whole complex was recognized as UNESCO World Heritage. Nowadays a part of the Cloth Hall of Ypres is used as the "In Flanders Fields Museum" a museum dedicated to the cruelty of the First World War. 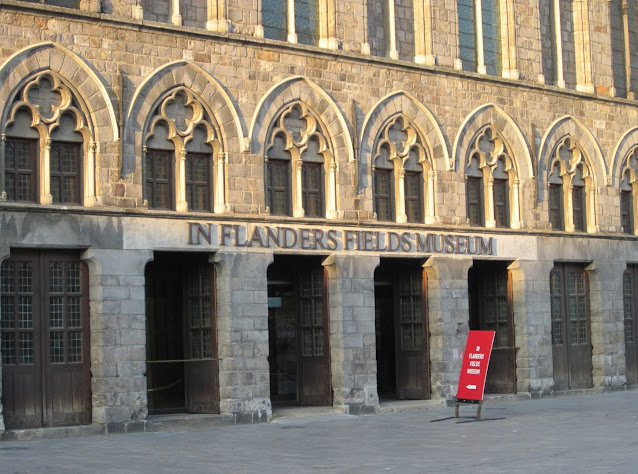 More about the Belgian Clothes halls or the In Flanders Fields Museum. You can find the Ypres Clothes hall and the museum at this address: Grote Markt 34, Ieper.
Cloth halls War Ypres