The Bourla Theater in Antwerp

The Bourla Theatre is a theater in Antwerp with approximately 900 seats. The building was designed in a neoclassical style on the site of the former Irish Tapis property. The theater was commissioned by the city of Antwerp and designed in 1827 by architect Pierre Bourla. The construction started in 1829 but was delayed due to the Belgian Revolution. Eventually, the theater was completed in 1834 and opened under the name of Grand Théâtre Royal Théâtre Français, because of the French company that played into it at that moment. 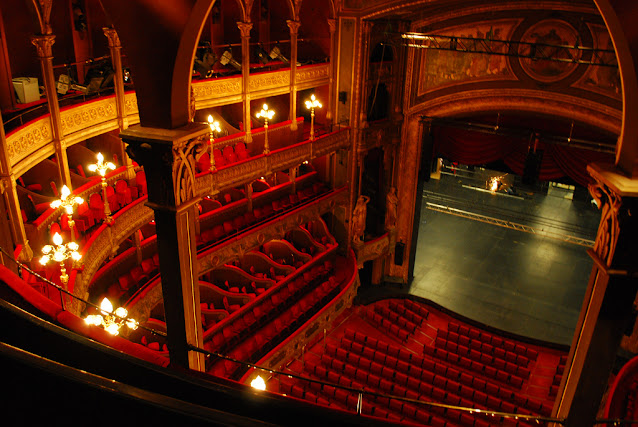 The Bourla theater currently houses a company called Toneelhuis. Most of the performances are done in Flemish. 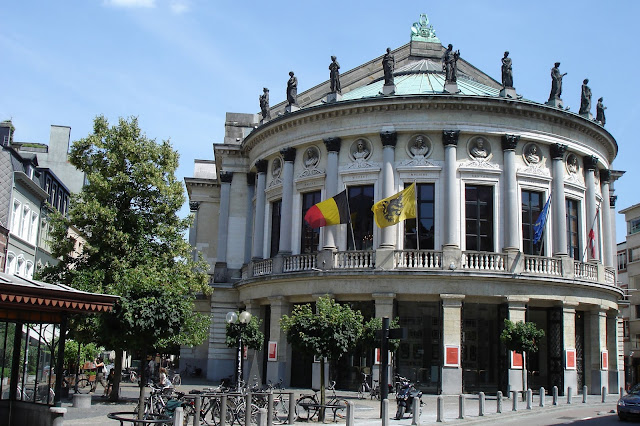 Pierre Bourla made the Bourla theater very special with a semicircular entrance and an extraordinary architectural presence, Today it is still a remarkable building that stands out from other buildings in the neighborhood. On the ridge of the roof, you can see a winch and a mask, also sculptures of famous theater-makers are placed on and around the facade of the theater entrance, a foretaste of what awaits you inside: music and drama. 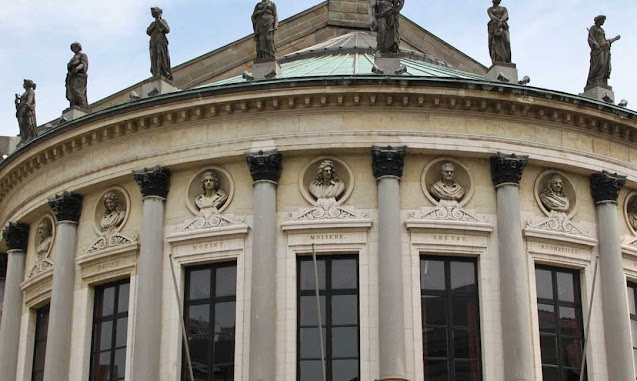 The semi-circular foyer on the first floor was soon after the opening of a chic coffee room where people could find food and drinks before and after the theater performance. This function still exercises today. The ground floor was completely refreshed in the summer of 2015 and now has her own catering business too under the name of Café Pierre.
Antwerp