The cloth hall of Ghent

In the Middle Ages, the wool and cloth trade had Ghent as one of the main centers with the business housed in the Cloth Hall. All sheets made within a mile around the town had to be brought to the cloth hall. There, the cloth was valued and inspected by three hall gentlemen, they also managed the sale. 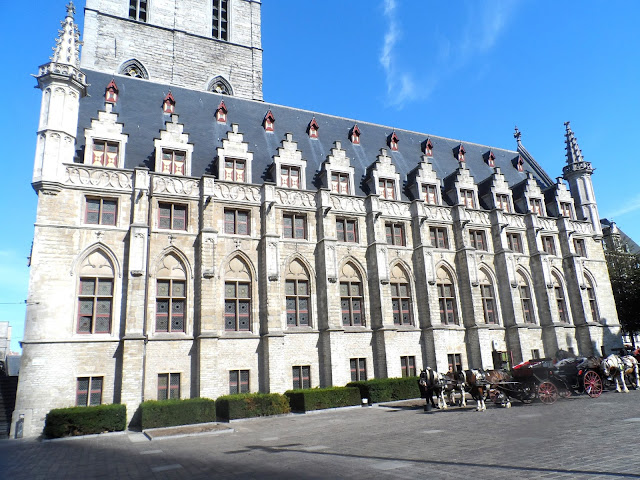 The first part of the Cloth Hall of Ghent was built between 1425 and 1444, a period of economic recession. The Ghent cloth trade was affected by the demand for lighter materials, increasing foreign competition, and the rural industry. The final finishing of the building came only in the late 19th - early 20th century. In the crypt, the existing basement, the wool, and cloth were stored.
Later the basement was used as a jail and had the Mammelokker building as its entrance. The effective sales of the wool and cloth were done on the first floor, which is now experienced as the ground floor. The second-floor houses since 1623 the fencer guild of Sint-Michiels. The fencing school is still there to this day.
Cloth halls Ghent