The belfry dragon of Ghent

By Harry fabel
The legend says that the gilded dragon first featured on the prow of the ship which the Norwegian king Sigrid Magnusson left with on a crusade in 1111. He offered the statue to the emperor of Constantinople (the current Istanbul) to put on the cupola of the Aya Sophia.
Some hundred years later, the Flemish count Baldwin IX had the showpiece transported to the Flemish region. Here, the Norwegian dragon ended up in the hands of the people of Bruges. After the battle on the field of Beverhout in 1382, the inhabitants of Ghent took the dragon as a war trophy and put it on top of their Belfry. At that time in the Belfry, all the communal charters and laws were kept. The dragon had to protect these documents and it became also the symbol of the freedom and power of the city. 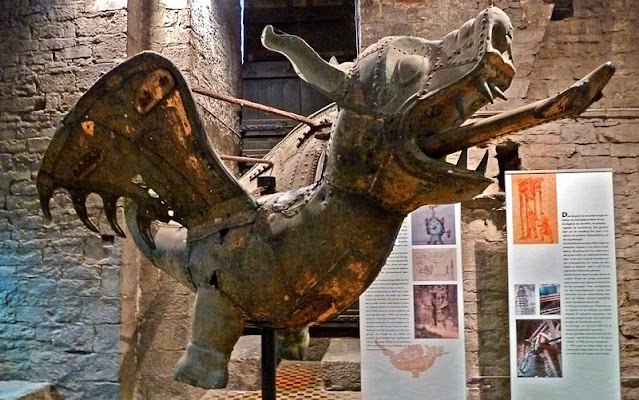 Over the year the dragon is replaced with different versions, some of them are still kept inside the belfry museum and there is still a proud dragon on top of the Belfry tower. 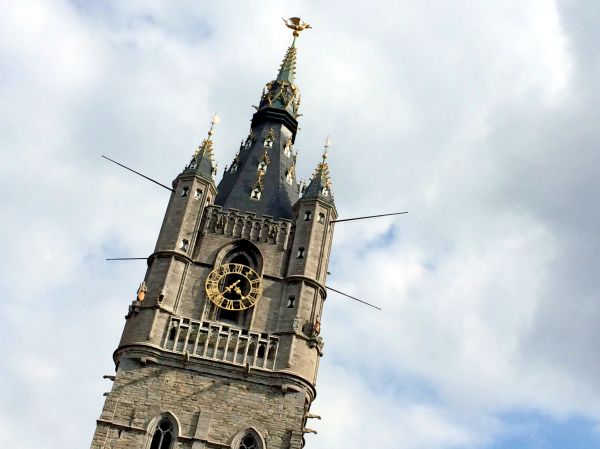