The Fourteen Chapels were built in 1860 by Peter Verhaert, a farmer in the little village of Vorselaar in the province of Antwerp. In the 19th century, he had mowed his own leg with a scythe while he was working on his fields. The wound was so bad, doctors had given up on the fact that the wound would never heal. 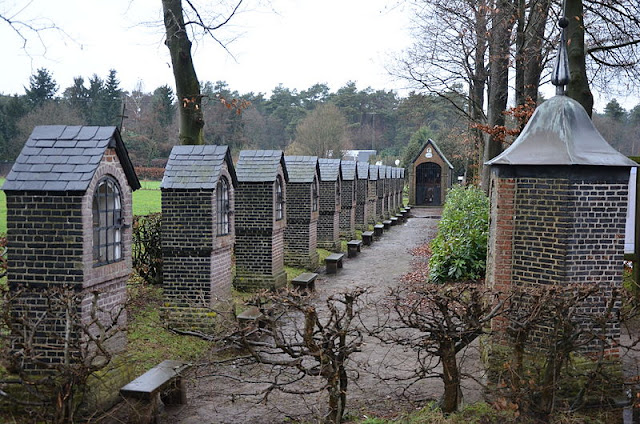 One day the farmer was advised to hang the injured leg regularly in a cesspool. That way it would heal properly he was told. During the long healing process, Peter would have promised that - if he would keep his leg - he would build a Calvary in gratitude for his healing.