The Water Gate of Antwerp

By Harry fabel
The Water Gate (also called Water Poort, Porta Regia, or Coninck Gate) was originally a gate building to the old port of Antwerp. In 1624 she was built as a triumphal arch for King Philip IV. Originally it was built on the "Vlasmarkt" and was based on a design attributed by Peter Paul Rubens, one of the most famous painters of Belgium. Due to works on the Scheldt quays, the gate was moved in 1880 to "Sint-Jansvliet" about 200 meters further than its original location. 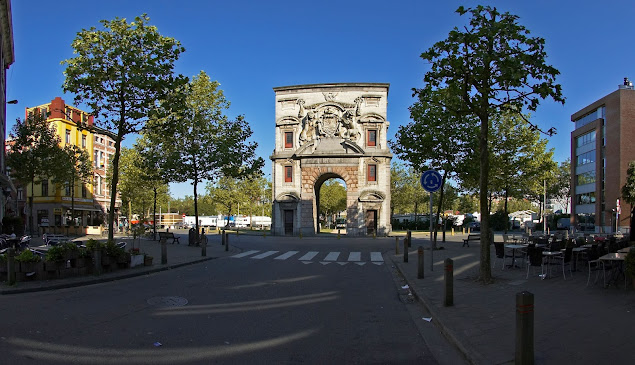 Later the gate was demolished in 1933 because it was at the entrance of the newly to build "Sint Anna pedestrian tunnel" a tunnel that leads to Antwerps left bank. The demolished components of the gate were stored in the city's warehouses and in 1936 she was finally rebuilt on the "Gillisplaats" on the south docks of the city, about two kilometers further than its original building place. Because she has already been to two other places, the gate got the nickname 'the wandering gate'.