The Last Post is a bugle trumpet signal or call, used in various armies. The signal is used in most commemorations in Britain and other Commonwealth countries. The last post at the Menin Gate in Ypres is a special one because of its daily routine. Originally the last post was played as at the end of the day, during the inspection of the items, like the Dutch signal Tattoo. In the 17th century, English soldiers took the signal from the Netherlands home with them, where it gradually took on its present form. 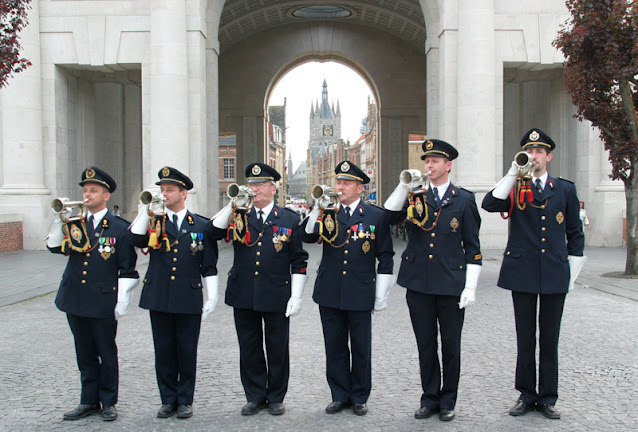 Today the Last Post is mainly used in military memorials and funerals. The one in Ypres is played every day at 20 o'clock at the Menin Gate by the members of the Last Post Association, as a tribute to those who fell in the First World War. This ritual is done since 1928, with only the interruption during the occupation of Ypres by the Germans between May 1940 and September 6, 1944, During the Second World War.