The castle of Tongeren

By Harry fabel
In Neerrepen, Tongeren lies in the valley of the Fountain Brook Castle Van Rooi. The mansion consists of a main building, two side wings, and a courtyard. A three-meter high wall of flint with cornerstones in marl is all that remains of the original castle.
This part dates from the 14th century. The rest of the stepped gable dates from the 16th century. The northern wall of the facade dates back to 1698. In the mid-17th century, the present main building and the south facade were built. 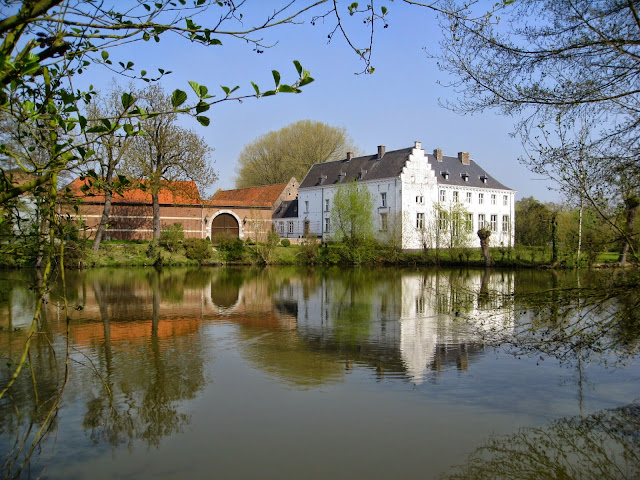 The castle was in the 18th century, completely surrounded by ponds. Now there is only the pond on the west side. The second part, the Castle, stood just outside the moat and forms a nearly closed square with the courtyard.
Location: Rooierweg 1, 3700 Tongeren, België