The most famous ship of Belgium

By Harry fabel
Mercator is a three-masted ship, which is moored in the marina of the Belgian port of Ostend. The museum ship from 1932 is located between the station and the town hall. It is a protected monument and perhaps the most famous ship of Belgium, with each year thousands of visitors.
This Mercator is a brigantine and was designed by polar explorer Adrien de Gerlache (1866-1934), as a training ship for the merchant fleet. It was built and launched in 1932 in Leith, Scotland. On September 5, 1932, Mercator departed on its maiden voyage. The ship initially underwent some structural problems, which were later resolved.
Except for a school ship, Mercator was the Belgian sailing ambassador at world fairs and ceremonies and participated in races, one time it won the race Oslo-Oostende.  It was also used for scientific observations.
On the seventh trip (October 3, 1934 - May 21, 1935) Mercator brought two Moai (giant statues) over from Easter Island. It was quite a task at that time to get those difficult big statues aboard of the Mercator, which was anchored 250 meters off the coast of the island.
On the ninth trip (October 14, 1935 - May 4, 1936) Mercator brought the remains of Father Damien back to Belgium. This was conveyed by the American ship Republic from Honolulu to Christchurch, where Mercator was anchored. The operating room onboard the ship served as a funeral chapel. The solemn reception in Antwerp took place in the presence of Cardinal Van Roey and Cardinal Van Roey. 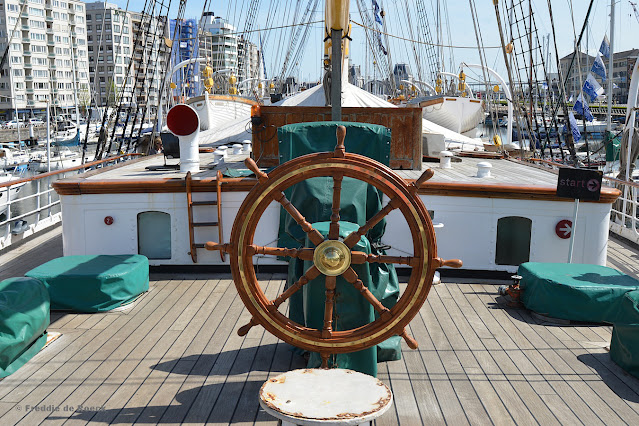 In all that time, the Mercator had only two captains. First Remi Van de Sande (1893-1969) from 1932 until 1955, succeeded by Roger Ghys (1923-2012) from 1955 to 1960. The latter had been a cadet aboard the Mercator.
Just before World War II broke out, Mercator was on its 20th trip and had left for Belgian Congo with the mission to prepare hydrographic maps of the Congolese coast. The ship was claimed in 1943 by the British Admiralty. It sailed under the British flag and was used as a basis (Submarine Depot Ship) for British submarines. The damaged ship was transferred back again in Belgium in July 1945 and was restored in 1947 in Ghent. 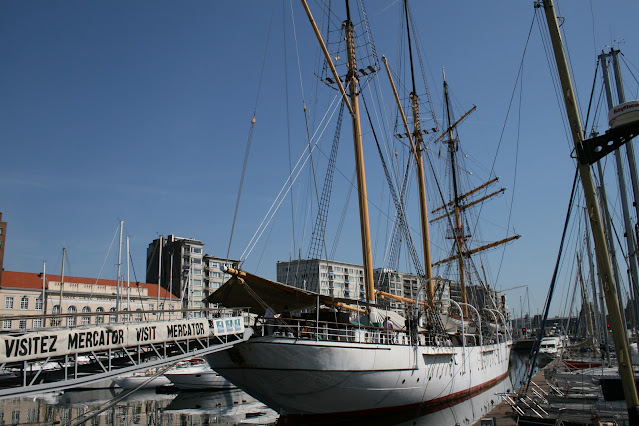 Between 1951 and 1960 the Mercator was used as a training ship and it also participated in three regattas. In total, the Mercator made 54 trips. The last trip was to Lisbon. Then the ship was taken out of service in 1960.
Since 1961 the ship is a museum ship. The vessel still makes a few small trips, including to Antwerp, the actual home of the ship, but it is almost continuously in Ostend since 1965. The ship was declared a protected monument by the Flemish Region on September 24, 1996, and is completely restored between 1999 and 2000.