Damien of Molokai, born Jozef De Veuster in Tremelo, Belgium. He was better known as Father Damien, a Belgian Picpus-priest and missionary, who became famous through his work with leprosy patients. Now he is the patron saint of lepers and AIDS patients. It is celebrated on 10 May. He was born as the seventh child in a farming family with eight brothers and sisters. In his eighth year, he lost a sister to cholera. When he was 15 years old he went to the farm and work in his father's grain trade, but he really wanted to be a priest. He went to the College of Braine-le-Comte, and then joined the Congregation of the Sacred Hearts of Jesus and Mary in Leuven, in which he got the name of brother Damien, after the holy doctor Damianus. He became a Picpus Brother on October 7, 1860, following his brother.
After his studies, Damien was given permission to work as a missionary on the Hawaiian Islands. That way he fulfilled the dream of his brother, who could not go because he had typhus. He arrived on March 19, 1864, in Honolulu. He was ordained as a priest in the "Cathedral of Our Lady of Peace (Honolulu)" on May 21, 1864. He first worked in the Puna district of Hawaii. He then worked as an itinerant missionary and worked in the sprawling district Kohala-Hamakua. He also worked in various parishes on the island of Oahu. 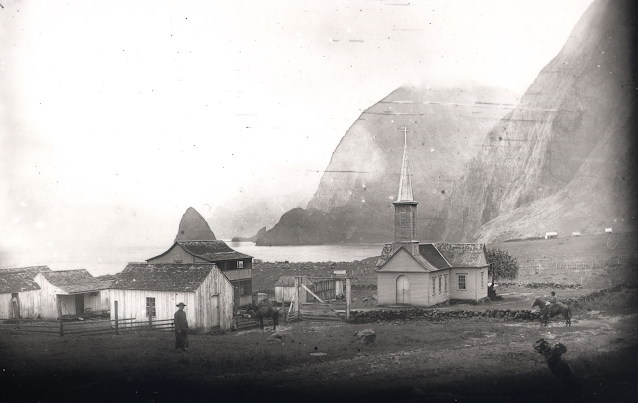 At that time the lepers of Hawaii were brought together in a colony in the north of the island of Molokai. They were given food and other amenities, but no medical attention. Damien found that they could use at least one priest and sought permission from his bishop to go to Molokai.
On May 10, 1873, he arrived on Molokai, where at that moment 816 lepers stayed on the bare Kalaupapa peninsula, cut off from the rest of the island by a steep rock face. He reorganized the wild community, began the construction of a church and the construction of roads. Besides his work as a priest, he also assumed the role of a doctor, carpenter, nurse, funeral director and he even made coffins and dug graves. His arrival was a turning point for the colony, laws were now respected, there were decent houses, he built two leprosy villages and a school. The hygienic and material living conditions improved, and he founded a flourishing center of Christianity by the parish of St. Filomena enterprise. At that time, the colony numbered 800 to 1,000 lepers. 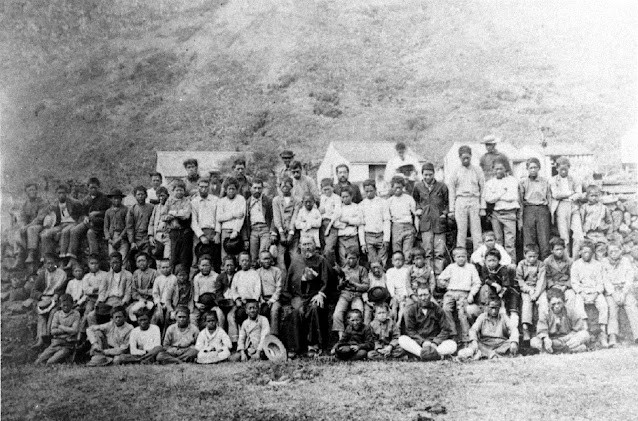 King David Kalakaua grants Father Damien the title Knight Commander of the Royal Order of Kalakaua. When Princess Lydia Liliuokalani visited the settlement to present this title, she was so moved by what she saw. She told the whole world about her experiences and the work of Damien. As a result, his name was known in the United States and Europe. Protestants in the US and Britain gathered large sums of money together.
But the money disappeared in the general mission treasury. The Church of England sent food, medicine, and clothing. This was also partly due to the many begging letters Damien wrote himself and f which one was printed in the British press. As a result, the world's first collection for charity started. 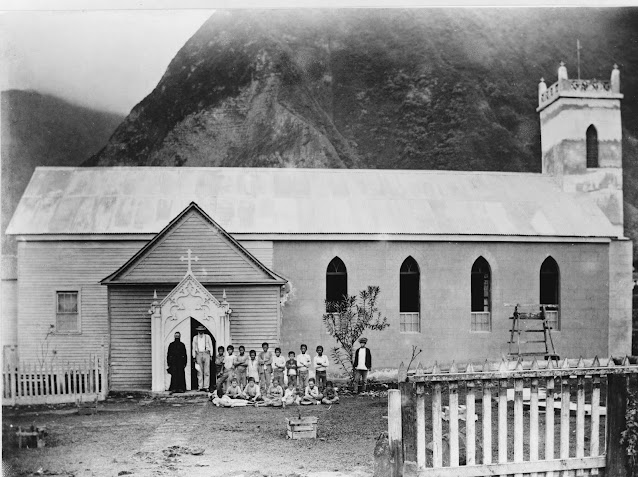 In November 1884 leprosy was found on himself. Initially, critics accuse him of adultery with a woman because at that time people thought that leprosy was caused by syphilis. Therefore, he was subjected to different humiliating medical examinations. Damien was probably infected by the disease since 1876. With the help of four others, Damien kept on working until two weeks before his death on April 15, 1889, at 8:00 in the morning. He died when he was 49 years old. He was buried under the pandanus tree that had served him as shelter during the first weeks on the island. His self-sacrifice fascinated many people around the world. As early as 1894, only five years after his death, he got a statue in Leuven made by Constantin Meunier. 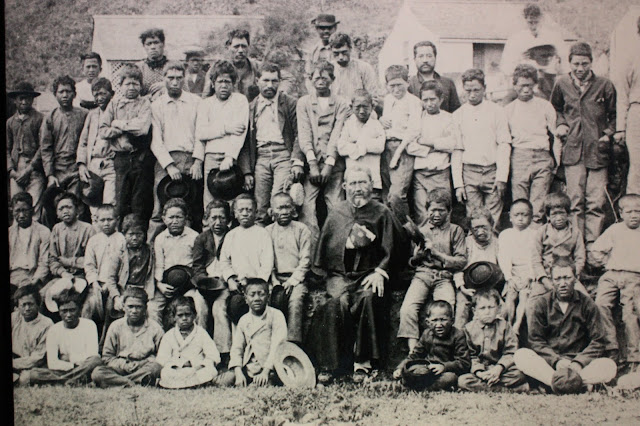 On February 12, 1935, King Leopold II wrote a letter to President Franklin Roosevelt to request the repatriation of the mortal remains of Father Damien. Franklin Roosevelt pledged the cooperation of his government and in the summer of that year, the mortal remains were transferred with the US Navy ship Republic from Hawaii to San Francisco. On February 27 it was again transferred on the ship Mercator. On May 3, 1936, the Belgian training ship Mercator arrived with the remains of Father Damien in the port of Antwerp. His remains were transferred to Leuven and solemnly interred in the crypt of the St. Anthony Church at the Father Damien Square on May 5, 1936. 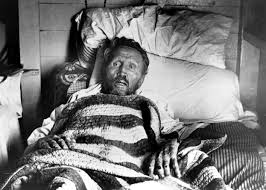