The castle was originally built in the 12th century as a farm, and rebuild as a fortified water castle in the 14th century. The castle was destroyed in 1491 en later in 1579. The castle used to be the forerunner and defense of the city of Ghent on the river Leie.

It was destroyed again during the time that Ghent revolts had dropped Filips II from Spain as Count of Flanders, After a in 1579, the ruin was bought by 'Maarten della Faille' and rebuilt into the renaissance style castle is still is today.

Nowadays, the castle of Ooidonk is the private property of the children of Count 'Juan t'Kint de Roodenbeke'. The family owned it since 1864 when 'Henri t'Kint de Roodenbeke' bought the castle. The family has expanded the castle without affecting the playful Flemish Renaissance style. In the 19th century the interior was renewed and the gardens remade. Count 't'Kint' also built the concierge house and placed the wrought iron armor with his coat of arms. 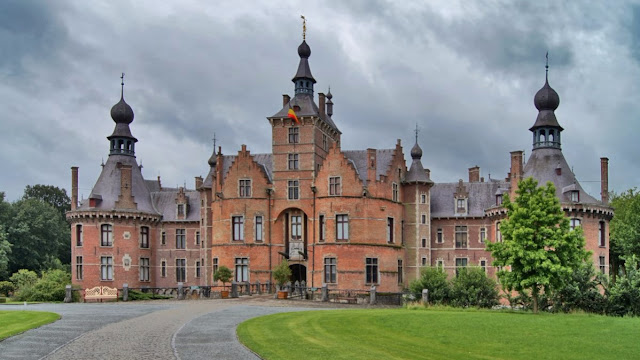 The interior can be described as pure neo-Flemish Renaissance style, with the mention of the family house's chapel in neo-Byzantine style. The castle became a protected monument in 1944. In 1980, some surrounding buildings were also protected and in 1995 the whole castle area. 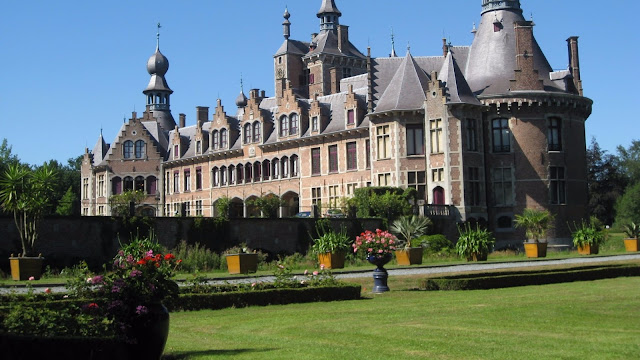 Ooidonk Castle has been open to the public since 1958 from April 1 to September 15, the surrounding park with French gardens is open throughout the year. Occasionally, outdoor exhibitions are held on the domain. You can find the castle at this address: Ooidonkdreef 9, Deinze, Ghent.
Castles Ghent