The Province Court of Bruges

In 1294, the 'Waterhalle', 95m long and about 30m high, was built as the central point of the port of Bruges, which at that time reached right to the heart of the city. In 1787, when the boats no longer could reach the hall, it was demolished and much later replaced with a new building. 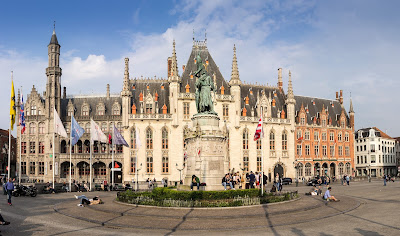 This imposing building in neo-Gothic style was build in two phases (1887-1892 and 1914-1921) and refers to the gothic façades of the Bruges City Hall and the House of the Lords of Gruuthuse. The left building was originally intended as a governor's residence. 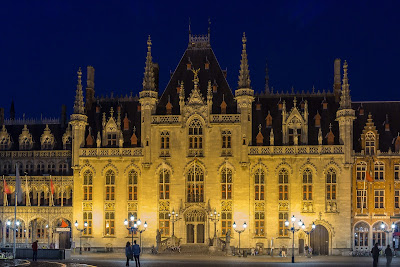 The council of the city met many years ago at the building. Now it as primarily a ceremonial function: regularly the city organizes events and exhibitions in the halls of the building. There are also guided tours alongside in inside the building. You can find the Province Court of Bruges at this address: Markt Bruges.