Central of the city of Durbuy, the smallest town of Belgium you can find the 'Château de Durbuy', or the 'castle of Durbuy'. It is situated in the province of Luxembourg. The current castle dates back to the 17th century and was built on the ruins of the former castle, that castle was first built in 889. 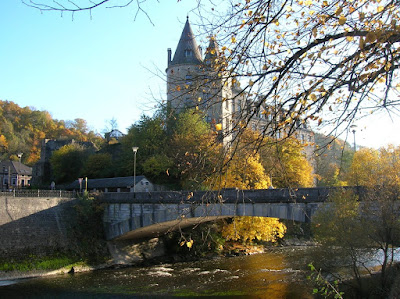 From the 12th to the 13th century the city of  Durbuy and its castle belonged to John, Count of Luxembourg and King of the Bohemia. The castle was destroyed many times but every time it was restored or rebuilt. In the 15th century the city of Durbuy along with the whole county of Luxembourg comes into the hands of Philip the Good. In 1756 the castle was bought by the family d'Ursel. Countess Augusta d'Ursel had the castle thoroughly modernized in 1880.

The castle is still private property and is not open to the public. It is one of the few castles in the Ardennes that does not allow visitors or is not for hire.