By Harry fabel
A Cuberdon is a kind of sweet candy you will only find in Belgium. This small sugar cone is filled with a thick fruity syrup. The city of Ghent claims to be the original birthplace of this irresistible candy. The Cuberdon has a limited shelf life of about three weeks, then the inside of the candy starts to harden. That's the reason why Cuberdons are not exported to other countries and are only available in Belgium. Today the Cuberdon exists in 30 different flavors but originally it only came with a flavor of raspberry. 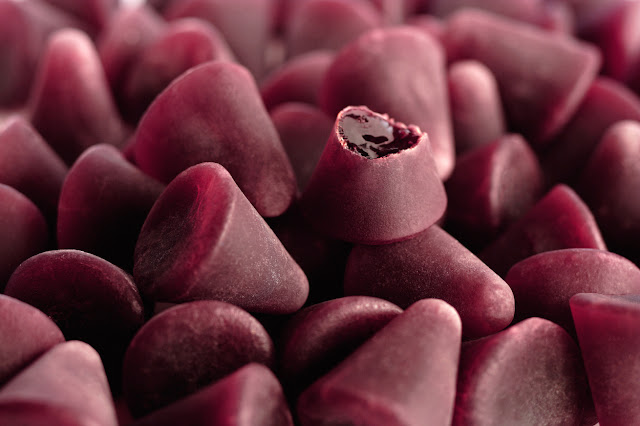 Some say that the Cuberdon is inspired by the hat of a catholic priest and that it was probably created by a clergy member somewhere around Bruges or Ghent. Other people claim Cuberdons were created by a pharmacist, just like pralines or bonbons. In Flanders, Cuberdons are mostly called Neuzekes which means Little Noses.