By Harry fabel
The leading British architect Zaha Hadid designed a remarkable building. The Port House combines a new beam-shaped structure and a former fire brigade building into a new headquarter building for the Antwerp Port Authority. The project is strategically located between the city and the harbor, with magnificent views over both the center and the port from behind the articulate glass walls – some transparent, others reflective – in reference to the Antwerp diamond trade. 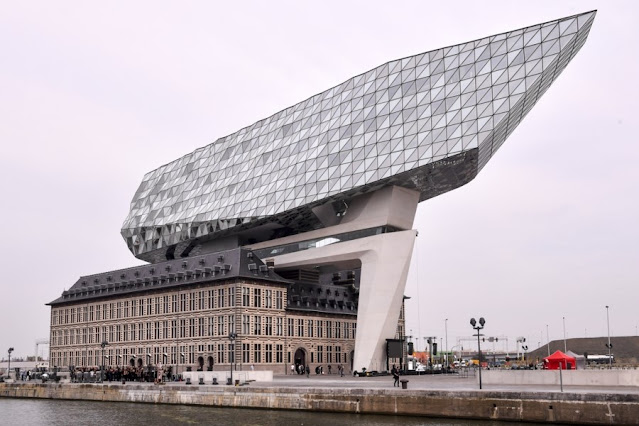 The construction work was started on 1 October 2012, it took 33 months to complete the building.

The new volume is oriented North-South parallel to the Kattendijk dock. The head of the building on the Southside is a frame that looks towards the city and clearly marks the start of the port area.

Remarkable fact: Architect Zaha Hadid has never seen the finished building. She died of a heart attack 6 months before the building was completed.
Antwerp