Most beautiful floor of Antwerp

By Harry fabel
The Antwerp city hall or "Het Schoon Verdiep" meaning "The beautiful floor' as the locals call it. Is built in Renaissance style from 1561 to 1564, the architect was Cornelius Floris de Vriendt together with several other architects and artists.

A number of the leading Antwerp historical painters were invited to assist with the decorations inside. Henri Leys painted a series of murals depicting key events in Antwerp's history and portraits of former Belgian rulers for the Leys Hall. 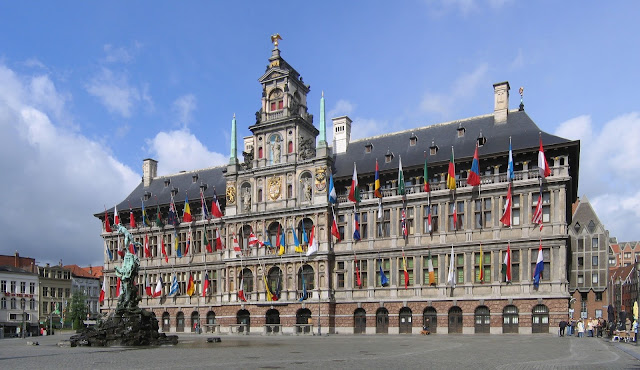 The Antwerp city hall became an exemplar for the new renaissance style in architecture in the Netherlands and Northern Europe. The richly ornamented central section, which rises above the eaves in diminishing stages, holds female statues representing Justice, Prudence, and the Virgin Mary, and bears the coats of arms of the Duchy of Brabant, the Spanish Habsburgs, and the Margraviate of Antwerp. 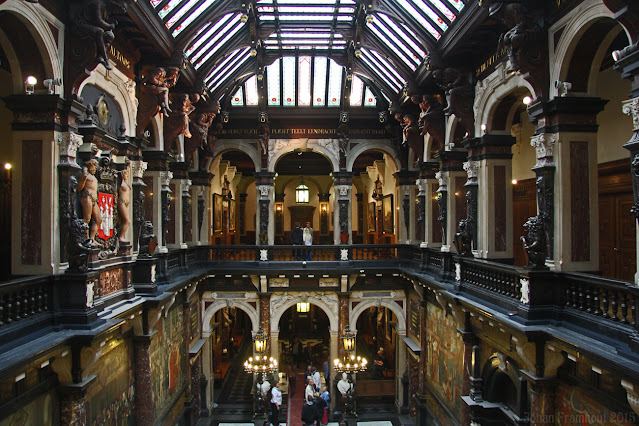 The building is always covered with colorful flags, representing most countries in the world.