The fort of Breendonk

Fort Breendonk is a Belgian fortress in Willebroek, a small town twenty kilometers south of Antwerp. It was originally part of the 11 fortresses around the city of Antwerp to protect the city from attacks and occupation during wartime. During World War II the Nazis used it as a work and transit camp. Today it is the only Nazi camp in Western Europe that remained intact. The museum is open to the public. 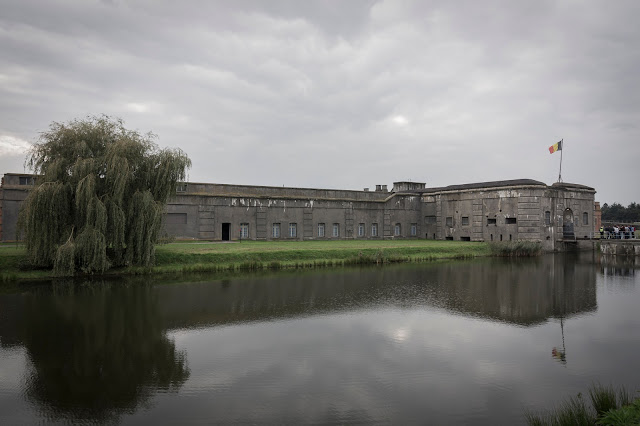 In 1909 construction for the fort of Breendonk began. A concrete fortress in each of the four corners surrounded by a wide moat. The excavated earth from the moat was used to camouflage the concrete buildings. The works ran until 1914, the beginning of World War I.
Belgium was invaded in August 1914 by the German army after refusing its request of unhindered passage to northern France. On September 9, General Beseler was ordered to attack Antwerp because the continuous attacks of Belgian resistance forced them to do so. Fort Breendonk was first attacked on October 1, 1914, by howitzers located 5 to 6 km out of range of the fort's own guns. Aldo it was meant to protect the city of Antwerp from invaders, the German army got hold of the fort in no time. On October 8, the fort was undergoing a very heavy bombardment. It rained 305 mm shells for hours, one of the bombs ends up in a chimney and detonated between two dorms. The commander of the fort, commander Weyns is very badly injured and dies shortly afterward. On October 9, Fort Breendonk surrendered after the fall of Antwerp. After the war, the Belgian army used the fort sometimes to station and train their troops.
During the Second World War, the fort was again invaded by the German army who used it as a prison camp for detaining Belgian political dissidents, captured resistance members, and Jews. Many were tortured or executed within the camp. All the prisoners were subjected to hard forced labor removing the soil on top of the buildings of the fort to make a higher hill surrounding the fort to make it less visible to people outside. 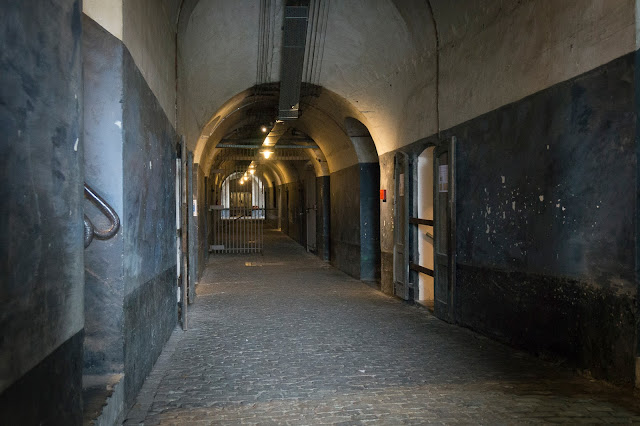 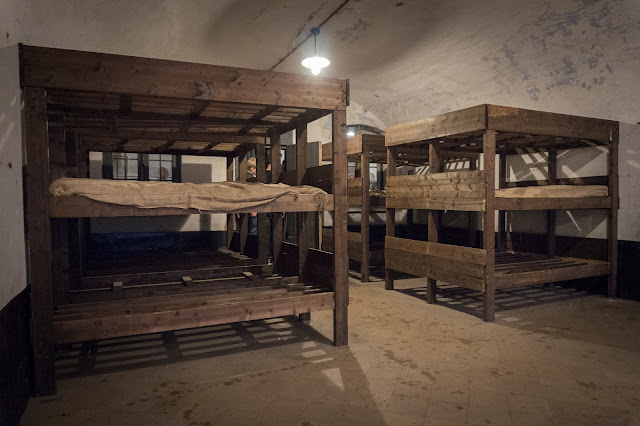 Fort Breendonk is open to visitors all year round. It is located close to the A12 Brussels-Antwerp road in Willebroek.
Antwerp Castles War