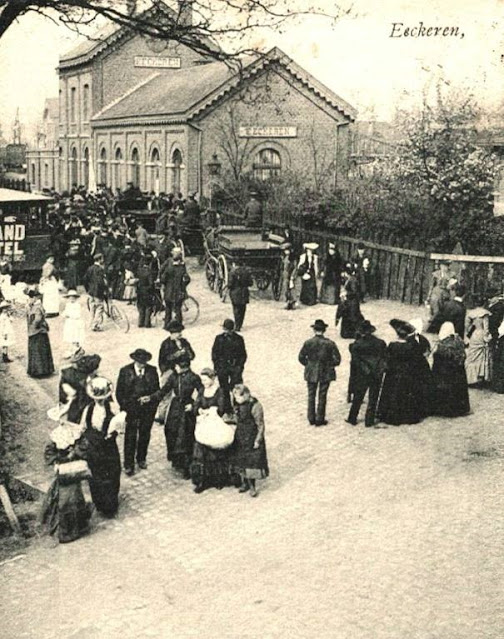 From the station, there was first a horse tram and later a steam tram, a narrow gauge tram to Sint-Mariaburg, a part in the Ekeren district. The tram line was founded by Antverpia, a life insurance company, which had developed the Sint-Maria Bridge' a connection to the district of Sint-Mariaburg and the woods surrounding it because there was a health resort with a open air swimming pool. So to get the people of the city of Antwerp over to the resort, Anthony Van den Wyngaert, founder director of the "Antverpia" company created the tram line. The line was later extended to Brasschaat a nearby village. The tram drove from 1902 till the beginning of World War I, when the line was broken up by the German army in 1914.

Since 1997 an art collective called Trace is using the station building. They organize small cultural events and workshops Inside the building. The station outside  is now only a stop for local trains going to or coming from the Antwerp central station. 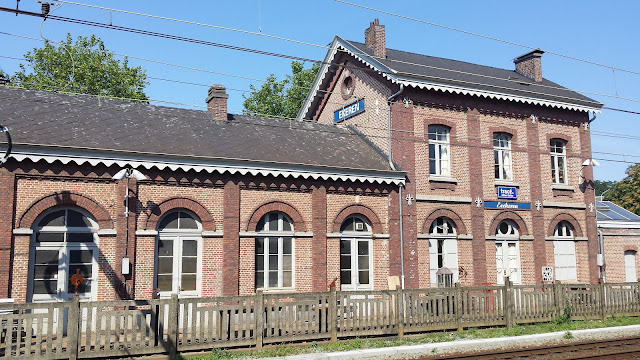