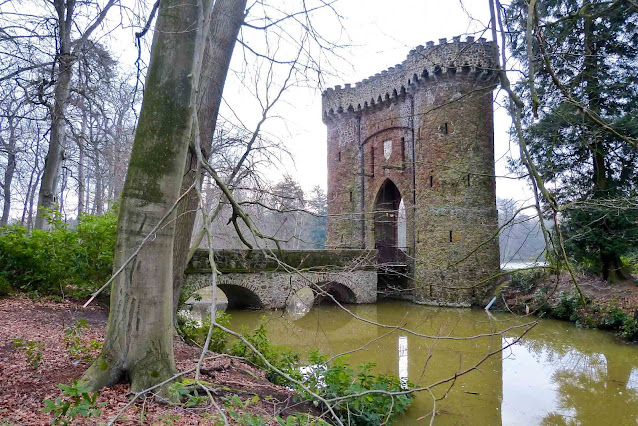 The gate, with two round towers and battlements, was an imitation of the "Porte d'Auron 'in the French city of Bourges. The gate became a protected monument in 1981. The park and his castle with Towergate bridge are open to the public and can be found in the town of Brasschaat, in the north of city Antwerp.