The Veltwijck park in Ekeren

The Veltwijck castle park is situated in the northern district of Antwerp, Ekeren. The castle complex in the park is made in traditional brick and sandstone style, consisting of a U-shaped water castle from the 16th century, situated inside a rectangular moated country park, and a U-shaped farmyard on the north side with a central gatehouse, connected through a cobbled road to the "Veltwijcklaan" lane. 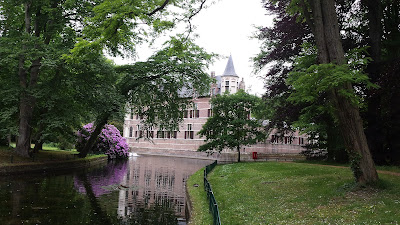 The first mention of the castle is in an act of November 3, 1545, mentioning the forced sale of a farm on this ground. The earliest mention of the 'Court of Veltwijck "dates from 1565. So named after its first owner, Aert Van Veltwijck, an Antwerp burgher who made it a "court of pleasure", a pleasure garden surround by water. He had it set up as a closed square complex with four slender towers in the middle of a pond. During the siege of Antwerp (1584-1585) the complex became vacant and fell into disrepair. lots of owners and renovations came. The last owner, Baroness de Borrekens, owner since 1902, sold the property in 1929 to the town of Ekeren, then the castle was used as a town hall from 1930 and since 1983 as a district house. 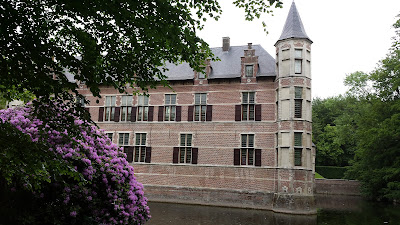 Now the park is open to visitors. Behind the castle is a park statue of the goddess Flora. The Veldwijck park is only a fiew hundred meters away from the park Hof de Bist, so both parks can easily visited in one trip or day. The park is free to visit and dogs are allowed. 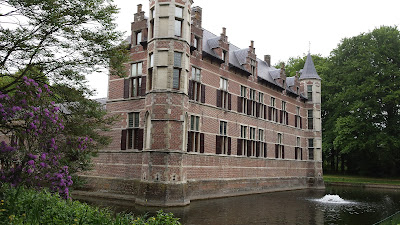 You can find it at this address "Veltwijcklaan 48 Ekeren, Antwerp". Near to the park you can also find 'The Chapel of Bist". 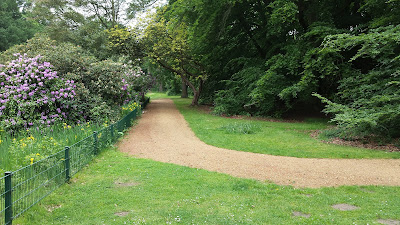 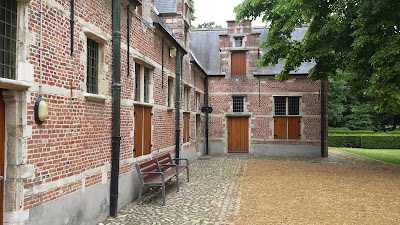