By Harry fabel
The  "Hof Van Delft" castle also known as "Laarkasteel" or "St-Lucassite" was build in neo-Flemish style in 1903. There was however already a castle with a moat on this side in 1502. This castle was remodeled in the 19th century. Knight Leo van Delft commissioned the construction of a new castle to replace the 19th-century castle.

The domain was bought in 1945 by the company "Domein Het Laar". They sold most of the park's domain into building lots and refurbished the castle in 1946 as a hospital. In 1948 they added new hospital wings against the castle and in 1968 a psychiatric wing was added. After the building of a new hospital in Brasschaat, the hospital closed down. A nursery was started in the old hospital buildings and also a shelter house for political refugees. After that, the castle is used as justice of the peace court until 2010. The hospital has now been demolished and the original building is still standing, What will happen to the castle after this is not know. Some people say it will become a small private practice hospital again.

Hof Van Delft can be found in the town of Ekeren near "Het Laar". 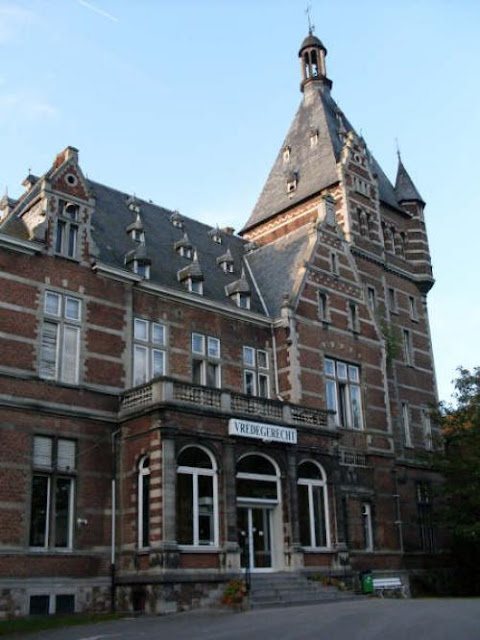